3 March is UN World Wildlife Day, dedicated to the day of signature of the Convention on International Trade in Endangered Species of Wild Fauna and Flora (CITES). This year’s theme is “Listen to the Young Voices”- stay tuned for forthcoming news from community engagement workshops conducted as part of our first Project field trip- including from Cambodia’s only mobile environmental education unit– coming soon!

Cambodia is located within the of Indo-Burma biodiversity hotspot, which boosts high levels of fauna and flora endemism, but limited remaining natural habitat; ranked among the top 10 for irreplaceability and top five for threat by the IUCN.

We would therefore like to take this opportunity to acknowledge those committed to defending wildlife in Cambodia, particularly those on the ground working at the forefront of direct protection.

With rapidly rising temperatures, peak tourist season in Cambodia is drawing to a close. Over the last months, we’ve received a few alerts from concerned tourists who report seeing ‘wild cats’ kept in cages -which locals claimed were Fishing Cats- primarily at floating villages around the Tonle Sap lake near Siem Reap.

Keeping/exhibiting wild species is not uncommon in rural areas, especially those which receive tourists but is unlawful in Cambodia (see below) 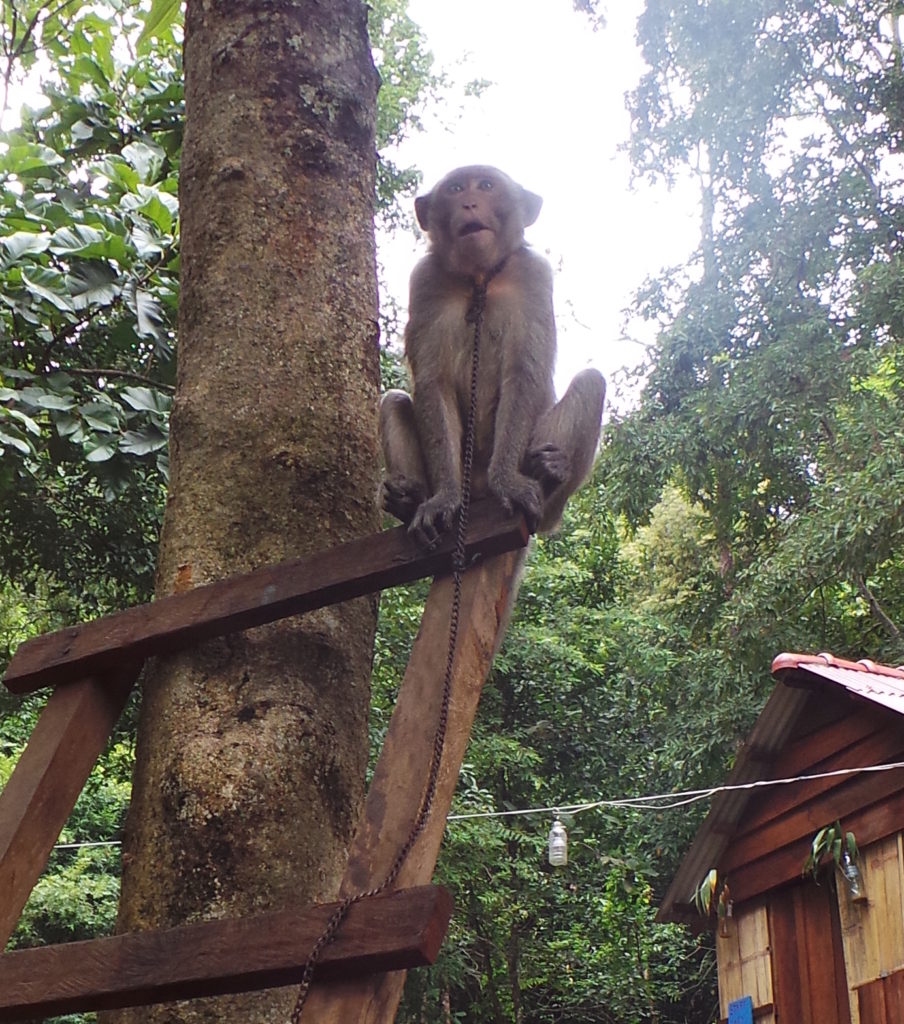 Where possible, we recommend not supporting sites and/or individuals which keep wild species captive, (with the exception of wildlife rescue centres/sanctuaries such as Phnom Tamao, the Angkor Centre for Conservation of Biodiversity (ACCB) and the Elephant Valley Project).

See guidance below on what to do should you find yourself in this situation.

We extend our sincere thanks to all those who have sought out the Project to pass on such information- the Fishing Cat is under-studied in the country so such reports may enable us to form more accurate pictures of their range. And after all, it was first-hand sightings from locals which guided our placement of camera-traps in the 2015 CBC survey and enabled us to document the new population in Peam Krasop Wildlife Sanctuary!

All captive wildcats from these reports have since been identified as Leopard Cats, which look similar to Fishing Cats and are often mistaken for them. (Watch this space for our forthcoming blog ‘Fishing Cat or Leopard Cat?’)

1 kitten from a floating village on the Tonle Sap lake: 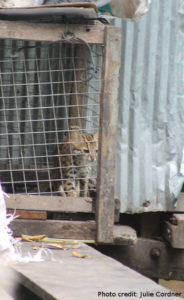 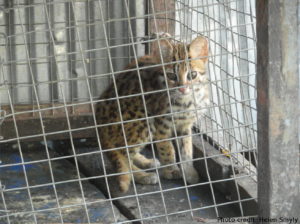 and 3 more from Kampong Speu province, facilitated in part by our own Community Officer, Sothearen Thi who raised the alarm with us and followed up by calling on just the people for the job (see below). 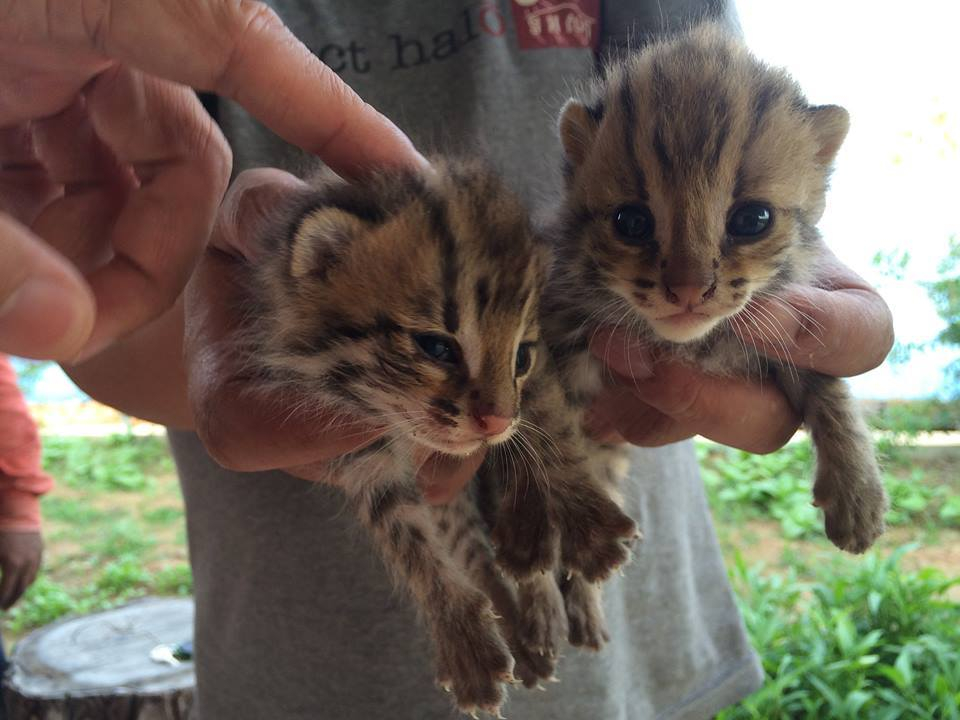 See this video about their progress:

They join Leopard Cats which were rescued as kittens and re-located to Phnom Tamao in 2016 & 2015:

This is one of two Leopard cat kittens that were rescued from the pet trade earlier in September of this year. It is not only illegal to have a Leopard cat as a pet in Cambodia, but they also become a little “wild” as they grow up!

The right side of the Law

Who you gonna call?!

The WRRT exist to detect wildlife crime and take action, including confiscating and re-locating wildlife to  Phnom Tamao for rehabilitation and possible re-introduction into the wild from dedicated release stations, including one in the Cardamoms near Koh Kong.

Only in a handful of cases where animals have sustained serious injury or sufficiently protected area is lacking do animals remain at Phnom Tamao where they receive the best possible care. For a video overview of the Center see here.

Should I stay or should I go?

We are beginning work on a guide to ethical, ecological tourist sites and attractions around Cambodia to better inform decision making, but in the meantime the South China Morning Post listing, “Six of the best wildlife-spotting locations in South and Southeast Asia“, in which Cambodia features twice, is a good place to start. NB. For visits to the Prek Toal Bird Reserve, we recommend visiting with the Sam Veasna Center, see here for more.

How can I help?

When it comes to choosing your holiday destination wisely, see our above recommendations, with more coming soon in our forthcoming guide.

If you see or hear about Fishing Cat (‘Kla Trey’ in Khmer), please tell us after alerting the WRRT where appropriate. Such reports better inform our conservation work and help wildcats find their way back to the forest. 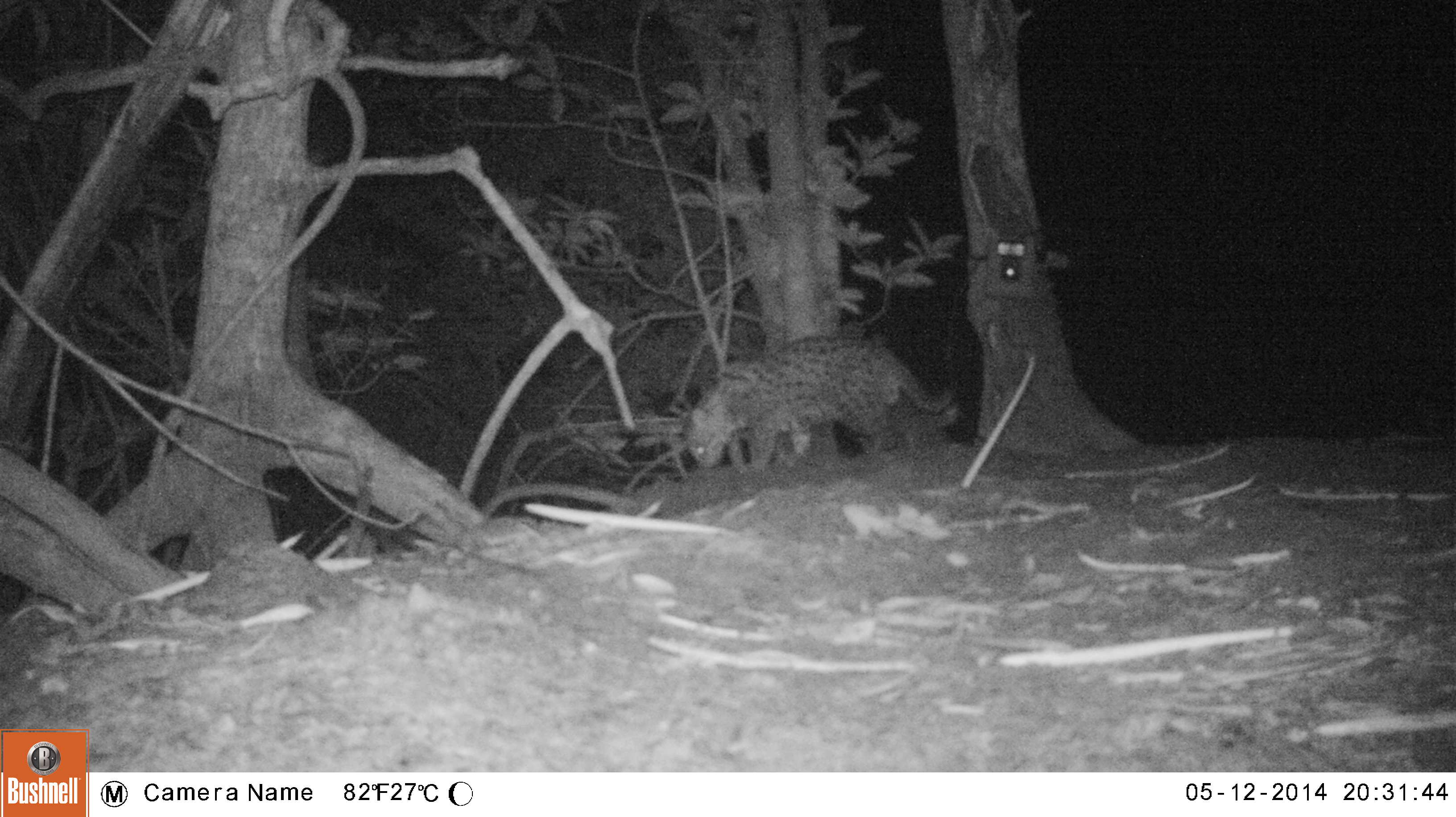